Cachet Hospitality Group partners with the Whalburgers chain in their expansion into the Asia Pacific market. 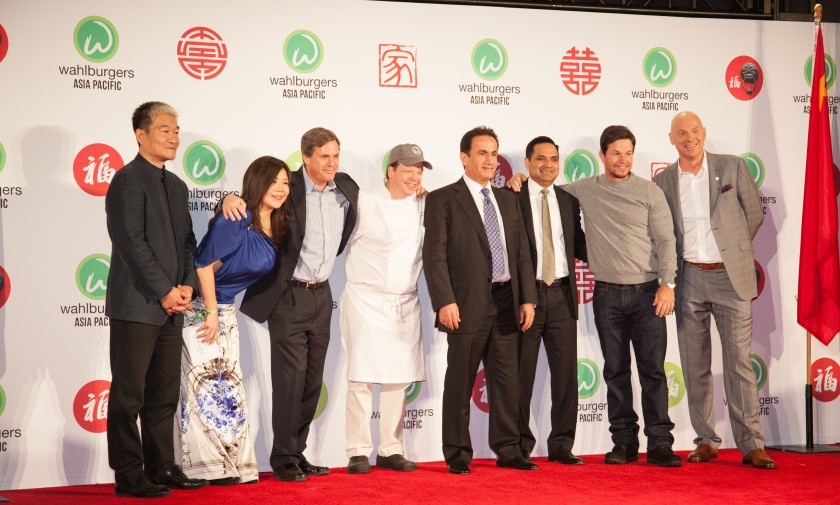 The burger chain Wahlburgers, run by Wahlberg brothers Mark, Donnie and Paul, recently entered a partnership to expand the chain into Asia. The deal is a joint venture with Cachet Hospitality Group and businessman Farooq Arjomand, an investor in Cachet. Wahlburgers is headquartered in Massachusetts and currently operates locations across the U.S. and Canada. This deal with Cachet Hospitality will help open 100 new stores throughout the Asia Pacific region.

Wahlburgers opened its first store in Hingham, MA in 2011 and has since opened 12 more locations. This venture will be the company’s first outside of North America. The expansion will begin with the opening of three initial stores in the Chinese cities of Shanghai, Hong Kong and Wuhan.

“This combines perfectly with the explosive popularity of international restaurant brands in China’s malls and airports, opening the door to tremendous opportunity for Wahlburgers and our Asia Pacific joint venture,” Cachet Hospitality Group’s CEO Alexander Mirza said in a news release announcing the deal.

Cachet Hospitality Group is a Shanghai-based hospitality branding and management company. The group operates primarily in the Asia Pacific and North America. Cachet has already signed deals to secure the opening of new Wahlburgers locations in Asia and will continue to drive the expansion and development of the American chain in the region.