Platinum sponsors for this exciting week of golf include three of the major sports teams in Utah and Nevada: the Raiders, and new this year, the Utah Jazz and Real Salt Lake. Other major sponsors include SkyWest Airlines, Zions Bank, Workers Compensation Fund of Utah, Utah Sports Commission, Leavitt Partners and Nike.

Sand Hollow is thrilled to host this week of amazing golf. The Friendship Cup adds an international element, and the sponsorship of not only the Raiders, but also the Utah Jazz and Real Salt Lake will certainly make Sand Hollow Resort in Southern Utah the place to be in September.

Are you new to blogging, and do you want step-by-step guidance on how to publish and grow your blog? Learn more about our new Blogging for Beginners course and get 50% off through December 10th.

WordPress.com is excited to announce our newest offering: a course just for beginning bloggers where you’ll learn everything you need to know about blogging from the most trusted experts in the industry. We have helped millions of blogs get up and running, we know what works, and we want you to to know everything we know. This course provides all the fundamental skills and inspiration you need to get your blog started, an interactive community forum, and content updated annually.

Today, Acorn International, Inc. (NYSE: ATV) announced that Acorn Digital Services has signed Chef Works to the lineup of brands that it represents in China. Chef Works is a global leader in culinary and hospitality apparel, serving some of the world’s top hotel brands, restaurants and culinary academies. Acorn Digital Services will provide Chef Works with social media and digital management services to help grow the value of its brand in China.

With a growing list of clients, Acorn Digital Services uses its expertise in social media, KOLs, and e-commerce to build brands and drive sales of our products, creating a real competitive advantage in the Chinese market.

Acorn Digital Services includes Acorn Entertainment and Acorn Streaming, which are Acorn’s social media management business and digital content business. The company’s goal is to help talent and brands capture yet-untapped value from the Chinese market through a variety of means, including endorsements, pay-to-view content, KOLs as well as e-commerce.

Social commerce is becoming a major force in e-commerce in China and leading brands like Chef Works recognize the need to stay at the forefront of marketing and branding in order to succeed. We’re excited about adding Chef Works to our brand portfolio and look forward to working with them on raising the visibility of their impressive brand in the Chinese market.

Recently, I came across an article in Environmental Leader, Sustainable Hospitality on the Rise as Guest Demand Heightens.  It was so gratifying to read how hotel guests are demanding sustainable hospitality! 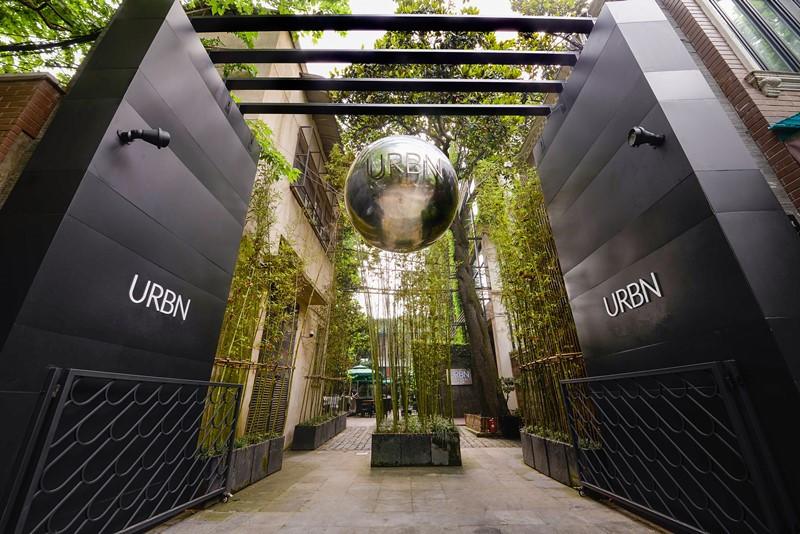 In 2004, I financed and launched URBN Hotel, recognizing the serious pollution problem in China, and the need for sustainable solutions. Occupying a converted factory warehouse, URBN was China’s first carbon-neutral hotel and proudly uses recycled and locally-sourced materials. The hotel has earned multiple awards, including “Hotel with Lowest Carbon Theme Design” from <T+> Magazine and “China’s Best Environmental Hotel” from Voyage magazine.

In addition, Cachet Hotels & Resorts, our Hong Kong-based management company, is a socially responsible and innovative hospitality company. Cachet Hotels & Resorts participates in the Strawless Ocean initiative and has joined Bacardi and Lonely Whale, the award-winning non-profit dedicated to positively impacting the health of our oceans, in the global movement against single-use plastic. #TheFutureDoesntSuck was launched in July with a goal of permanently removing one billion single-use plastic straws by the year 2020.

I’m proud of Cachet’s efforts to further enhance sustainable hospitality and place social responsibility at the core of its business model. 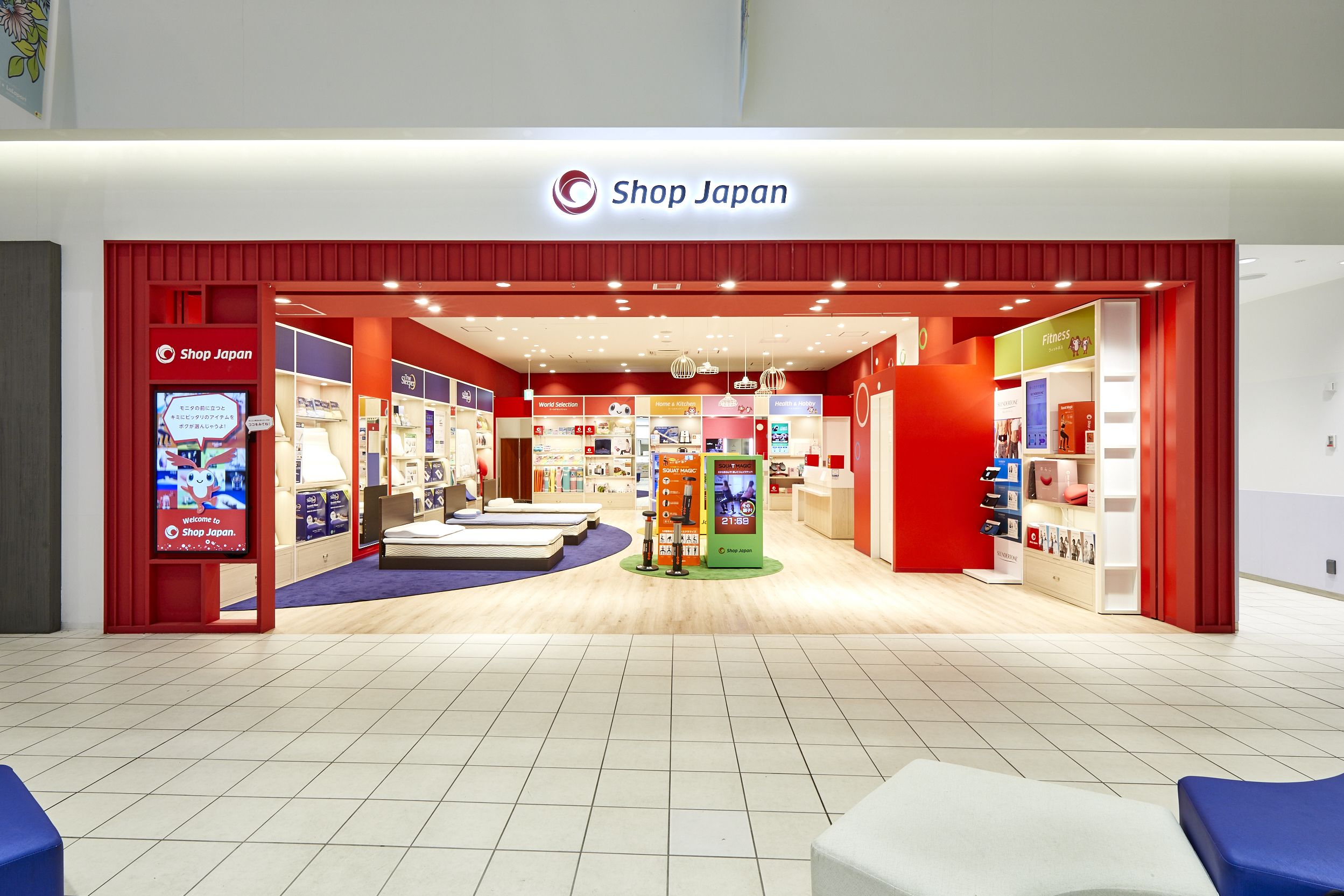 In recent years, Oak Lawn Marketing has expanded from its conventional core business of TV shopping and now operates across multiple shopping channels. Shop Japan is Oak Lawn Marketing’s proprietary lifestyle brand. The store includes a collection of our most popular products across multiple categories and gives consumers an opportunity to see the high-quality products and experience using them. 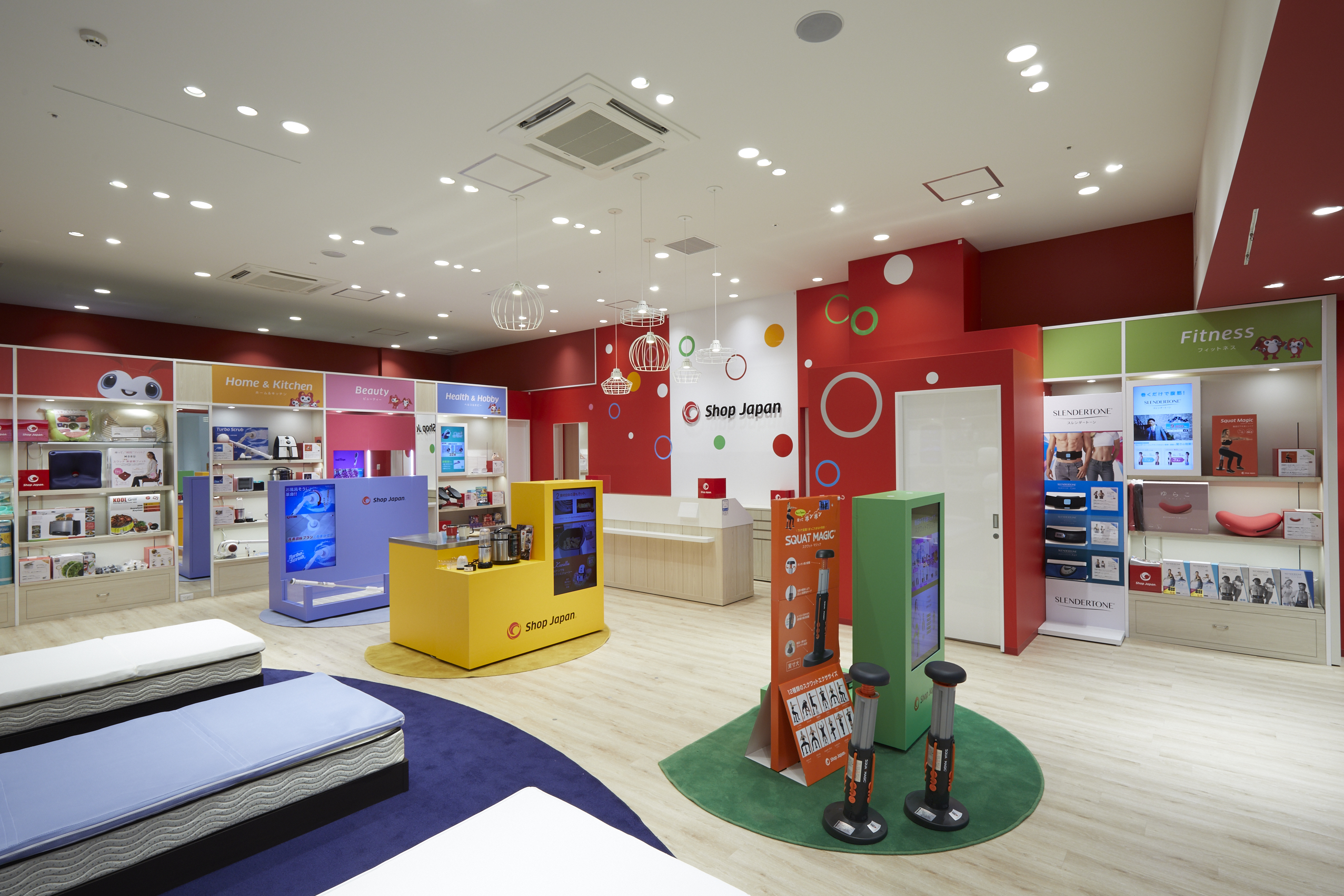 The grand opening celebration included an appearance by Karina Maruyama, a former professional soccer player in Japan, who is also featured in some of our product advertising.

Over the years, Oak Lawn Marketing has adhered to a “Voice of Customer” concept, operating its own independent call center, listening attentively to its customers, and analyzing feedback to develop and improve products and services. This new retail location provides another opportunity to interact directly with our customers.

The impact of social media “influencers” on digital media marketing is being felt across the globe, but the phenomenon is enormous in China. To capitalize on this growing digital marketing strategy, Acorn International has launched a local Chinese influencer facilitator business, called A-KOL (standing for “Acorn Key Opinion Leader,” with a key opinion leader being equivalent to a social media “influencer” in other parts of the world).

A-KOL is initially established to support other parts of Acorn’s broader business, such as Acorn Streaming, which monetizes digital content, and Acorn Products, which houses Acorn’s e-commerce business. A-KOL is distinct from Acorn’s core social media management business since A-KOL actually facilitates the development of local China influencers to optimize their ability to convert Acorn’s content and product sales.

In China, grassroots influencers, known as KOLs, have become a social media and e-commerce phenomenon, and a major part of B2C business activity now in China. Based on research from Frost and Sullivan, China’s internet KOL economy, which refers to all activities relating to the monetization of the KOLs’ influence and impact on their fans, grew at a CAGR of 181.5% from 2013 to 2017 and is expected to continue expanding at a CAGR of 41.8% from 2017 to 2022. Moreover, China’s market for internet KOL facilitators generated revenue of RMB38.8 billion in 2017 and is expected to grow at a CAGR of 38.9% to RMB200.9 billion in 2022. Despite its size, the industry remains nascent, with many KOLs operating independently, or connected to small, unsophisticated KOL facilitation companies.

In line with Acorn International’s business model of combining social media management, content creation, and sales of its own, as well as third-party brands through e-commerce, various parts of Acorn frequently engage KOLs as part of its business growth. However, with this move, Acorn can now develop its own KOLs to support its business and capitalize on this emerging space.

Sand Hollow Resort hosted a media event for the all-new Honda Talon 1000 sport side-by-side lineup on March 4, 2019 at its Red Rock outdoor venue. After the product launch, attendees enjoyed a delicious catered dinner and blazing bonfires on the spectacular property. 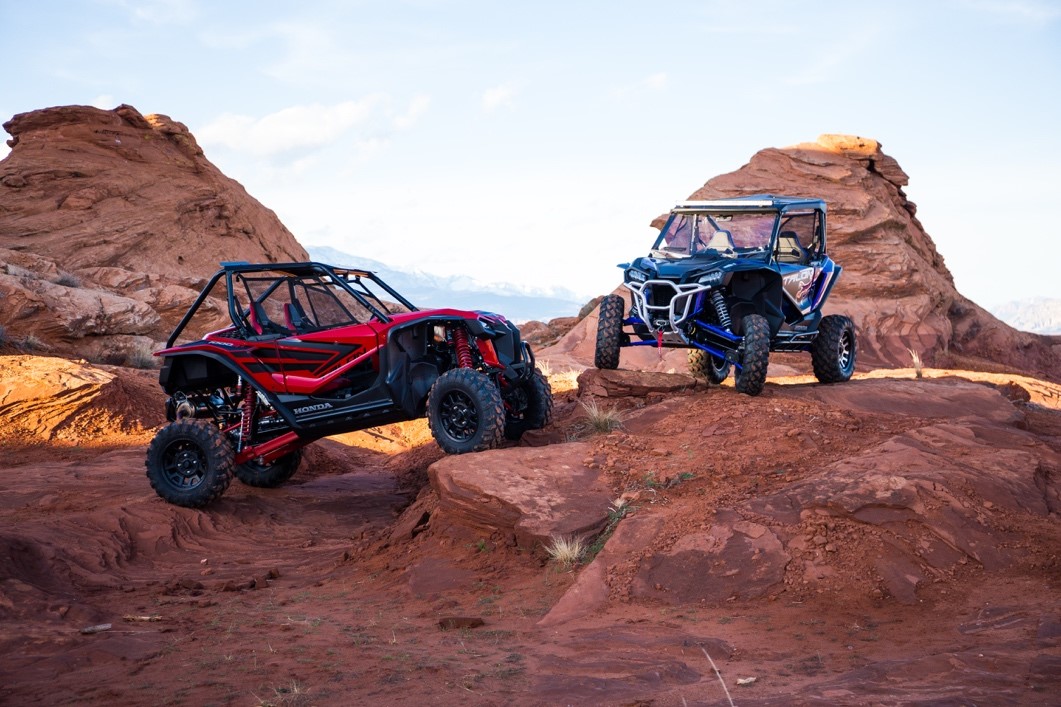 Honda chose Southern Utah’s picturesque landscapes  to launch their first sport UTVs and allow drivers to experience the thrilling terrain firsthand. The highlight of the event was the chance to test drive the two long-awaited UTVs — the Talon 1000R and the Talon 1000X — around the beautiful, rugged Southern Utah landscapes.

Sand Hollow is a favorite destination for sand sports and other outdoor adventures! The new Red Rock outdoor space is just one of Sand Hollow Resort’s event venue options and provided a spectacular backdrop for this product launch.

Recently, I was going through some old files and came across an article that appeared in the Chicago Tribune 20 years ago this month, “Japan’s King of the Infomercial.”  While a lot has changed over the past two decades, I still remember my 10-year-old self begging my father for the Popeil Pocket Fisherman I saw on TV…and by the way, I still consider myself  “just a punk from Chicago.”

I hope you enjoy this throwback!

Earlier this week, Acorn Entertainment announced it had expanded its client base to include fashion brands following the addition of New York celebrity designer Jay Godfrey and Go FO, a faux fur collaboration between outwear maker Damiani and Playboy, to its roster of brands and celebrity talent looking to expand their presence in China.

Acorn Entertainment, a subsidiary of Acorn International (NYSE: ATV),  provides a full suite of online and offline, multi-channel and multimedia promotional services to individual celebrity talent as well as brand clients, primarily from the U.S., who seek to maximize their brands in China and increase their monetization ratios from social media engagement. AE’s goal is to help talent and brands capture yet-untapped value from the Chinese market through a variety of means, including endorsements, pay-to-view content, as well as e-commerce.

Brittany Li, who heads up Client Acquisition at Acorn Entertainment believes that China’s rapidly growing middle class embraces Western fashion and there is a lot of opportunity to build brand value for both Jay Godfrey and Go FO in China. Jay Godfrey has already been active in the Chinese market over the years and his design aesthetic is inspired by the chic New York woman, and worn by celebrities like Taylor Swift, Kim Kardashian, and Holland Roden, and will appeal to young women in urban areas. Go FO will appeal to this same demographic, where cruelty-free faux fur is increasingly being viewed as a chic alternative fashion.

Damiani notes that Go FO’s inspiration arises from a 65-year-old history of PLAYBOY being one of the most iconic brands in the world, including in China. Damiani NY’s Go FO collection was born from the belief that treating animals with care and respect is an integral part of our world and future. With Go FO in particular, as well as with our recent engagement in the global campaign to reduce single-use plastic, we recognize that good business is increasingly about giving back and doing the right thing.

Sand Hollow Resort will host its second annual SkyFest this weekend —  February 8, 9, and 10. The weekend event will feature hot air balloons from throughout the west, a glow party, drone races, and a variety of entertaining activities. We’re thrilled to host this event for the second year in a row and look forward to welcoming balloon enthusiasts from across the country. Sand Hollow is one of Utah’s most scenic properties and provides a spectacular backdrop for this event. Better yet, there’s no entrance fee, and guests at the resort can use code “Sky2019” to book a room (or accommodations) for as low as $69.99.

The second annual event will be bigger and better than ever. The weekend kicks off February 8 at 7 p.m. with a glow party on the driving range. The balloons will remain on the ground and light up at dusk for a spectacular view. Food and beverages will be available for purchase from visiting food trucks, or guests can make reservations at The Grille for a sit-down meal.

Saturday morning, the balloons will launch at 7:30 a.m. followed by a pancake breakfast benefiting Hurricane High School’s Grad Night. Guests can enjoy a wide variety of air-related events and activities throughout the morning, including drone races, remote-control aircraft demos, and helicopters on display.

If you’re interested in learning more about the event, I encourage you to visit sandhollowresorts.com!

When Cachet Boutique NYC opened its doors in the fall of 2017, we knew guests would 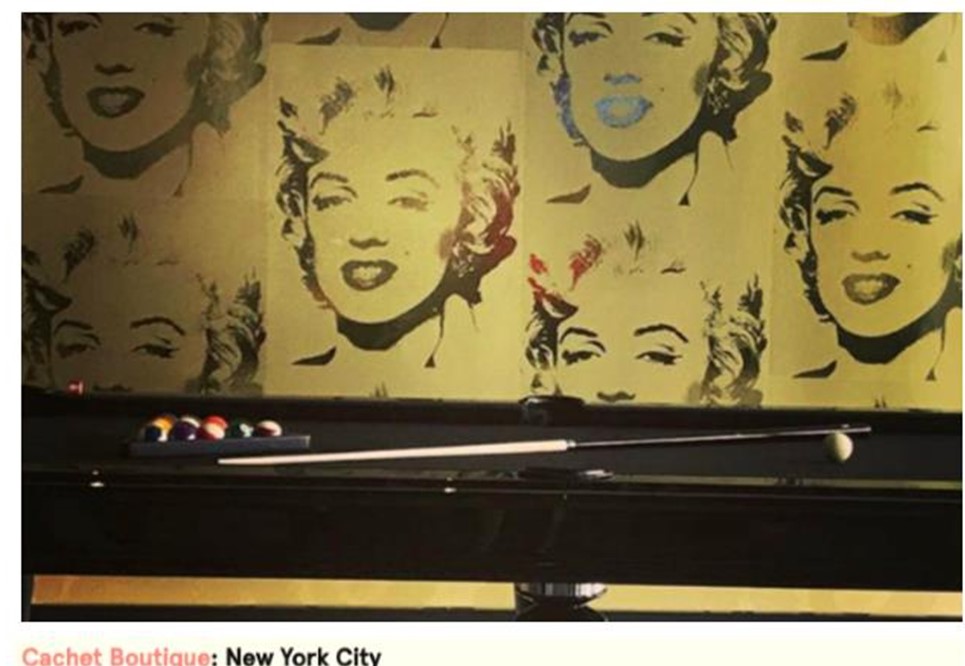 enjoy the Asian-inspired immersive cultural experience; however, the many media accolades for the property’s trending dining destinations, scenic rooftop bar, and art collection have been  unexpected.

As the flagship U.S. property for Cachet Hotels & Resorts, we are thrilled to offer an exciting 105-room hotel destination in Manhattan’s bustling Midtown West neighborhood. And now, Glam has ranked Cachet Boutique NYC as one of “The 10 Most Instragrammable Hotels Across the Country.”

Stop by for a selfie the next time business or pleasure brings you to NYC! 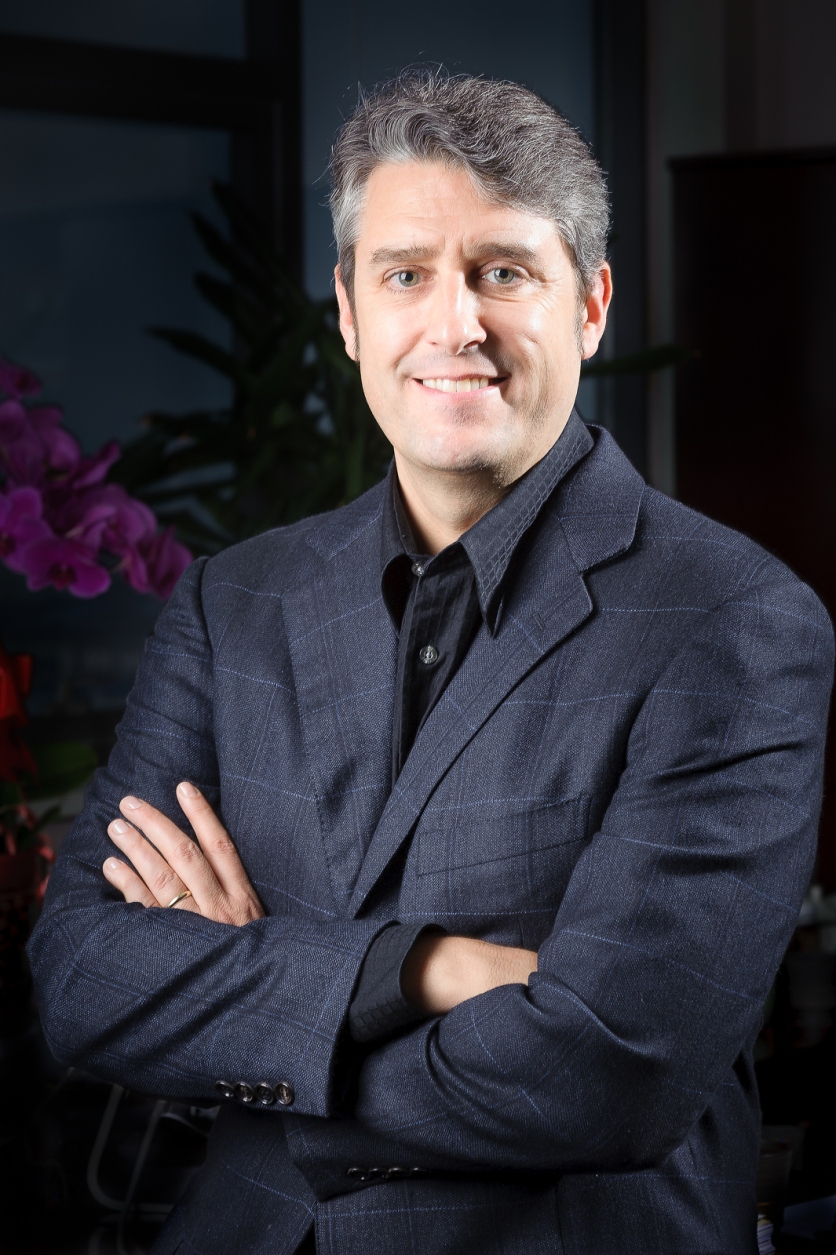 Robert Roche is an entrepreneur, investor, civic leader and philanthropist with more than 30 years of experience in the United States, China and Japan. He is the founder and President of Roche Enterprises, Inc. an organization that invests in a broad range of industries with emphasis in American, Chinese and Japanese markets. Throughout his career, Robert Roche has been involved in the startup, funding and management of more than 40 companies worldwide. Read More